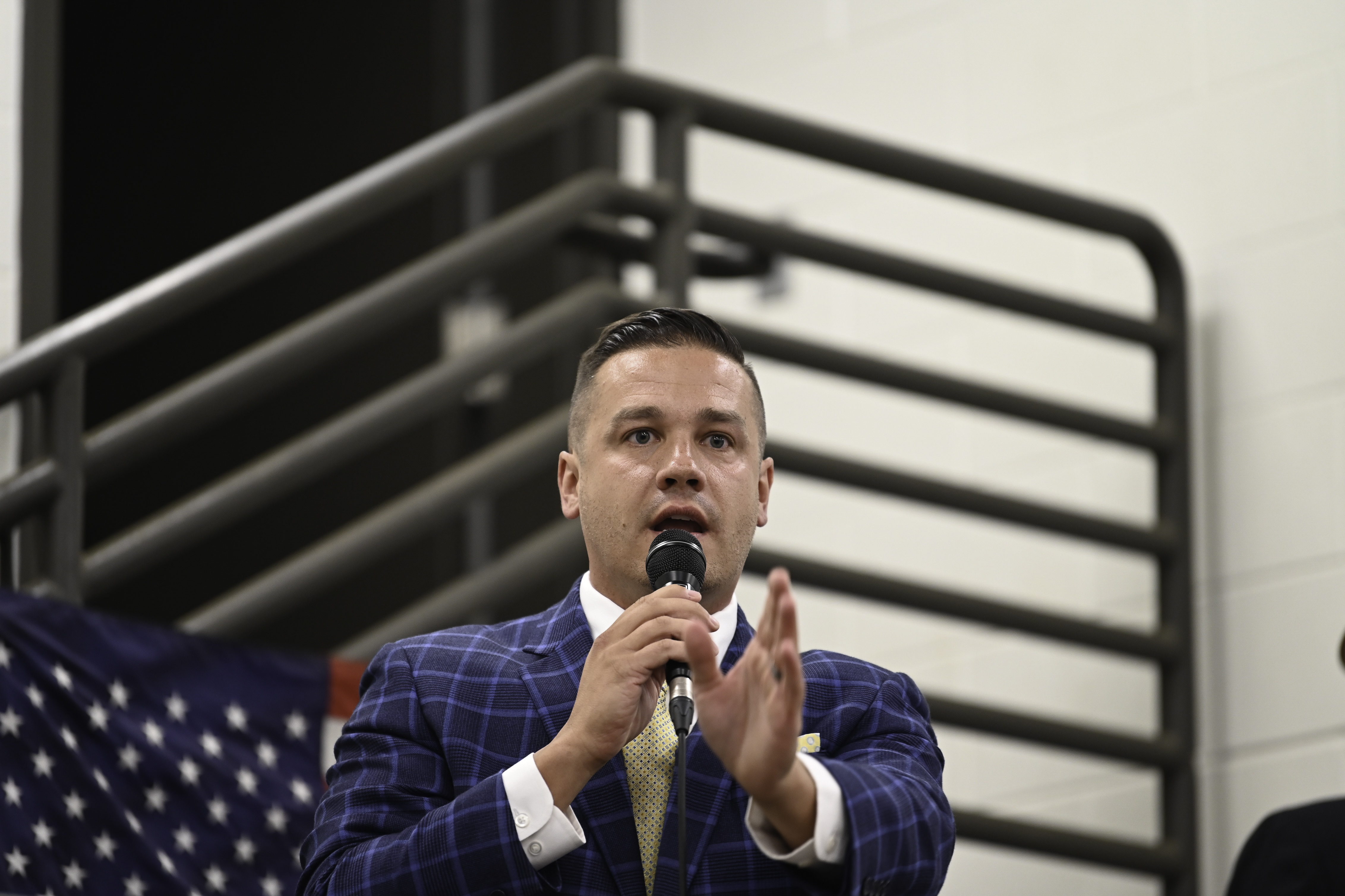 LEXINGTON, KY.– Over the weekend, local Auctioneer Jonathan Noel of Noel Auctioneers competed in and won the Inaugural “Battle of the Bluegrass” Bid Calling Championship. A total 37 auctioneers from across the country were slated to compete for the coveted title of Champion in the event held at the Bluegrass Stockyards and Marketplace in Lexington, Kentucky. The event was hosted by the Kentucky Auctioneers Association.

Regarding his performance at the Bluegrass Auction Competition, Noel said, “My family and I are honored to be crowned the Champion for the First Annual Battle of the Bluegrass Auction Competition. It was definitely one of the strongest lineups of competitors I have ever competed against. I truly believe that if there was a best of 31 series there would be a different outcome every time. It was an honor to spend the day with some of my best friends in the auction industry and make new ones along the way.”

The top five finishers were:

Noel is a first generation auctioneer and is the owner/operator of Noel Auctioneers & Marketing Group, located in Lexington, Kentucky. Jonathan, his wife Amanda, and their daughter are Lexington residents, and enjoy servicing the bluegrass area with dignity and respect.

Have questions concerning our auction services? Fill out this form and we will give you a call within 24 hours.